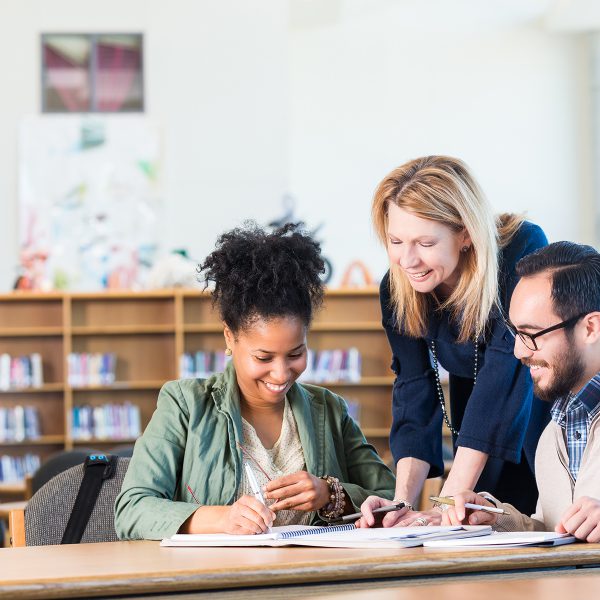 “One of the biggest issues EveryLibrary runs into when we are working on a campaign for a library is that the library lacks social and political capital. The staff often have not been able to dedicate the time and energy needed to build strategic and long-lasting relationships that are necessary to win (or at least fund) a campaign or political initiative. That means that once an initiative begins to take shape, the library has to spend even more energy in a short time frame building the relationships necessary to support their campaign.

These kinds of short-term relationships are often seen as one-sided to benefit the library. It can appear that the potential ally is just being used as a political tool for the campaign instead of being brought on to a campaign as a real partner. However, if the library had taken the time in the years before the campaign to build partnerships, there would be much less risk of turning that potential relationship into opposition to the library.

A Real-life Example in Action

One of my first real experiences with this problem was while I was working with a library that faced well-organized opposition to the new library building and lost. The opposition stemmed from, of all places, the local community garden group. The community gardeners were worried that the new library building would cast a shadow over their garden. The library previously had no relationship with the gardeners and never realized that the gardeners could be a source of opposition.

However, in the years following the failed campaign, the library spent significant time and energy rebuilding the relationship with the gardeners. The library held storytimes in their garden on Saturdays and partnered with them to supply a seed library for the community inside the library. They also had a number of joint programs, such as gardening movie nights, that were highly successful. After a lot of hard work, the next time the library needed political support for a new library, the gardeners were there as an ally, and the garden was taken into consideration in the design.

These kinds of relationships are mutually beneficial and are often necessary if the library wants to remain a cornerstone of the community. However, such partnerships take a lot of time and energy to build, and many librarians aren’t sure where to begin. If you haven’t begun the hard work of establishing community relationships, here is a guide to help you start building them in an authentic way.

One of the most difficult parts of starting to form community ties is simply knowing who your library should build relationships with. Many times library leaders are unsure who in the community has a position of power or influence or who may come out in support (or opposition) of a library initiative. In order to define who the library should be building relationships with and develop a path for creating those ties, you should start by brainstorming a list of influencers in your community.

It is an easy process to sit down with staff and spend an hour brainstorming all the local businesses, organizations and noteworthy individuals in the community. Often your library’s staff members already have relationships with or knowledge of many local influencers. In fact, in one case, we found that one of the library pages was living next door to a hugely popular YouTube star. However, if this process doesn’t yield many results, it might help to look at some library resources like AtoZdatabases or ReferenceUSA and see what big businesses and organizations exist in your community.

Once you’ve identified an organization or individual that you want to work with, it’s important to understand what kinds of things they are interested in or what kind of work they do. You are also going to want to know more about their history and what they want to accomplish in the future. Knowing more about your potential partner will help you make a better ask, or understand if they are a viable partner at all. Take the time to Google their name, read their Wikipedia page and look at their social media profiles and websites. Of course, if you’re reading this you’re probably a librarian, so I won’t go into too much detail about how to research these individuals and organizations. However, understanding as much as you can about the person or organization will help you in the next step.

3. Develop a Message Specifically for Them

One of the best things about libraries is that their goals and objectives often match up with the interests of other organizations in the community. In my experience, you’ll usually find aspects of their needs that line up with the needs of the library. In a previous Demco blog post, we talked about putting together effective messages. It is always best to have your message, elevator pitch or 27-9-3 message put together before you meet with your prospective partner.

The message that you have developed should be specific to the individual or organization that you’re reaching out to. For example, you wouldn’t want to meet with the Chamber of Commerce and spend your time only talking about student achievement. Instead you want to talk about economic development and how the library is a driver of success for small businesses in the community. This planning paid off in one of our campaigns where the mayor made a campaign commitment to public safety and the hiring of dozens of new police officers as part of her political platform. In the beginning of her term, she was committed to defunding libraries to achieve this goal. However, by understanding the mayor’s platform, the library was able to reach out and talk about libraries as part of a holistic approach to public safety, and the mayor made concessions that kept portions of the funding available for the library.

4. Reach Out to Set Up Your First Meeting

The most daunting aspect of this approach to community building is reaching out to strangers and making that first connection. In all honesty, I still get nervous the first time I meet with a new organization or an individual in power. I don’t have a secret to making that first meeting less stressful, but I will tell you that it’s really only the first meeting that’s so nerve-racking — each meeting afterwards gets easier.

The first time you meet with someone, it can be in a professional setting or it can be in a more casual, neutral space like a local coffee shop. In fact, some of my best meetings have resulted from just picking up the phone and asking someone in the community to join me for a cup of coffee to see if there are any ways that our two organizations can work together. It doesn’t matter where the meeting is. The key to having a successful first meeting is to spend your time asking exploratory and open-ended questions, actively listening and taking great notes. Your first meeting might not be the place to ask for a donation or some other outcome. Instead, it is usually a time to get to know each other, gain a better understanding of each other’s goals and needs and see if there is any potential for momentum in the future. Sometimes there will be, sometimes there won’t.

The key to building a long-lasting relationship is following up with your prospective partner after your first meeting. It doesn’t matter if the meeting was promising or if it just didn’t work out. At the very least, take the time to send them an email and thank them for their time. If you took notes during the meeting, you will have something to follow up with them about. Even if it was something as simple as a movie or food recommendation (these are great things to take notes on), you can watch the movie or go to the restaurant and then you’ll have a great reason to reconnect with them.

These kinds of small social tokens might not lead to huge donations or award-winning projects, but they can help you build a solid foundation for longer relationships. Of course, if the meeting went spectacularly well and there was some earth-shattering revelation, that makes following up a lot easier. But even if you were both initially excited to work together, make sure you put forth effort to stay in contact and communicate clearly about action items and timelines to keep the momentum going.

You might not ask your new potential partner for a donation or a project or anything else the first time you meet them. That’s ok. It really depends on how well the meeting goes, and it will depend on how comfortable you feel making an ask of them. I have had meetings with individuals and organizations that never led to anything substantial, even after a dozen meetings. I’ve also been to meetings where the person or group was ready to cut a check after the first 15 minutes. Other times, I have been asked to do something for them first. That’s also ok. In some relationships, it’s more important for long-term success to give something before you ask for something back. You might also consider suggesting something that is mutually beneficial or helps them gain a better understanding of the services you offer. For example, if you’re meeting with a politician, you can ask them to come to the library to do a guest storytime (since there’s nothing a politician likes more than having his or her picture in the press surrounded by adoring children and smiling parents). After all, with some exceptions, most politicians will be less likely to cut funding to an organization that helped them get re-elected.

There are many stories about successful relationships on the campaign trail for libraries:

In each of these cases, the library was able to build and utilize important relationships that led to the long-term success of the library. I encourage you to take steps as well to start building the foundations for long-lasting relationships. Even if you don’t work together in the short-term, you never know how the contacts you make today will benefit your library in the future.

Patrick “P.C.” Sweeney is a tireless and innovative advocate for libraries. A 2007 graduate of the San Jose School of Library and Information Sciences, P.C. is a former Administrative Librarian of the Sunnyvale (CA) Public Library and Executive Director of EveryLibrary California, a statewide ballot committee to support library propositions in California. He is currently the Political Director for EveryLibrary, the nation’s first and only political action committee for libraries. He blogs at pcsweeney.com and he is a sought-after speaker and presenter, as well as a lecturer on politics and libraries at the San Jose School of Information Science.”