Getting to know our new cabinet ministers

Minister of Tourism, Culture and Sport

From Wikipedia, the free encyclopedia 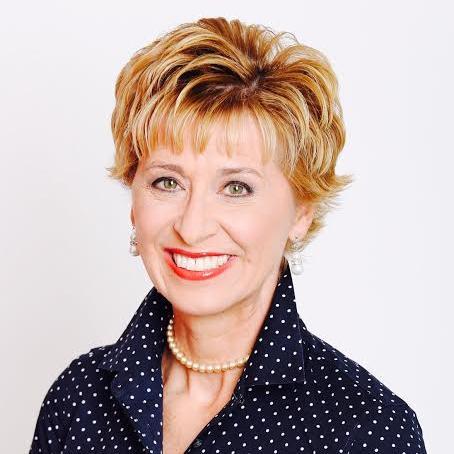 Daiene Vernile (born July 1, 1960) is a politician in Ontario, Canada. She is a Liberal member of the Legislative Assembly of Ontario who was elected in 2014. She represents the riding of Kitchener Centre.

Prior to her election to the legislature, Vernile was a television journalist for CKCO-TV. She lives in Kitchener, Ontario with her husband John. They have three children.[1]

She ran in the 2014 provincial election as the Liberal candidate in the riding of Kitchener Centre. She defeated Progressive Conservative candidate and former MPP Wayne Wettlaufer by 6,913 votes.[2][3][4]

In June 2014, she was appointed as Parliamentary Assistant to the Minister of Research and Innovation.

On January 17, 2018, Vernile was sworn into cabinet as Minister of Tourism, Culture and Sport.[5]

Indira Naidoo-Harris was first elected to the Ontario legislature in 2014 as the MPP for Halton.

Naidoo-Harris was born in Durban, South Africa. Her family immigrated to Canada to pursue the dreams they could not achieve under apartheid. They settled in central Alberta, where Naidoo-Harris grew up in a small rural town. She later earned a B.A. in Political Science at the University of Lethbridge.

After graduate work at the University of Alberta, Naidoo-Harris moved to the U.S. for two years, where she began a career in journalism by working briefly for NBC and PBS. She went on to build a career as a writer, reporter, producer and news anchor at the international, national and regional levels.

She moved to Ontario in the 1990s to work for CBC-TV’s The National and Midday News, and since then she has anchored for CBC Newsworld, CBC’s The National and CTV Newsnet, as well as for local stations CBC Toronto, CBC Ottawa, TVO and OMNI Television. She has also anchored for CBC Radio regional and national programs, including World Report and The World at Six, and hosted the current affairs shows Cross Country Check-Up and The Current. Naidoo-Harris has won numerous awards for her work and volunteerism in national and international causes.

Naidoo-Harris has lived in Halton for more than 20 years, and has sat on the Board of Directors for the Reel World Film Festival, the Nelson Mandela Children’s Fund of Canada and the Journalism Advisory Council at the University of Western Ontario.

Treasury Board and Minister responsble for Digital Government

Eleanor McMahon was elected to the Ontario legislature in 2014 as MPP for Burlington. After serving as Parliamentary Assistant to the Minister of Natural Resources and Forestry, she was appointed as the Minister of Tourism, Culture and Sport on June 13, 2016 and Treasury Board in 2018.

Eleanor has worked in senior roles in business, government and the not-for-profit sector and is the founder of the Share the Road Cycling Coalition. She spent the early part of her career on Parliament Hill where she held a number of positions, including Press Secretary to the Right Honourable Jean Chrétien. Her experience also includes time with the Canadian Chamber of Commerce, Petro-Canada, the United Way Ottawa, the Ontario Medical Association, and as a member of the Canadian Advisory Council on the Status of Women.

The tragic death of Eleanor’s husband, OPP Sergeant Greg Stobbart – killed while cycling by a driver with five convictions for driving under suspension – led her life in an entirely new direction. In response to this unthinkable loss, Eleanor began a campaign to improve road safety in Ontario. In 2008, she launched the Share the Road Cycling Coalition, a provincial cycling policy and advocacy organization that brought together cycling groups from across Ontario to work with municipalities to make their communities more bicycle-friendly.

Eleanor also lobbied for enhanced penalties for suspended drivers in Ontario. As a result of her advocacy, Greg’s Law was passed on April 22, 2009 and became law in September 2010, making our communities safer by reducing the number of suspended drivers and repeat offenders on Ontario’s roads.

Through her breadth of private sector and community-based experience, Eleanor understands how to work with the business community to create jobs and grow our economy, and how to create stronger communities by investing in people.

Michael Coteau was first elected to the legislature in 2011 as the MPP for Don Valley East. He was re-elected in 2014.

As a trustee, Coteau worked to make schools more accessible to community groups that run after-school programs for children. He also served as the Vice-Chair of the Toronto District School Board and helped bring forward nutritional changes that increased awareness around student hunger and resulted in healthy food programs. In addition, he is a champion of the integration of technology in education.

Coteau and his wife, Lori, live in Toronto with their two daughters, Maren and Myla.