City staff nails down recommended cost of new library, size to be determined 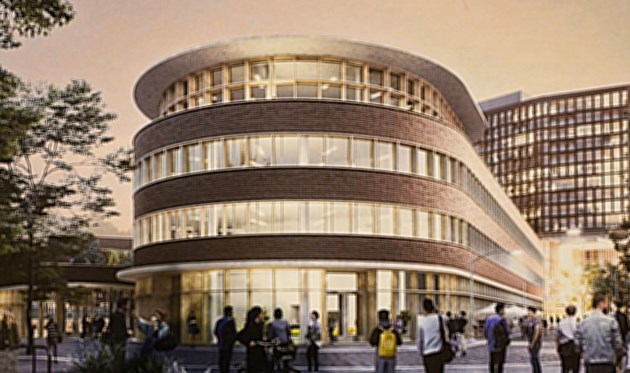 “City staff has backtracked on an earlier recommendation to dramatically cut the proposed budget of the new main library, instead they are recommending it be increased.

Staff says that plan to reduce the cost did not align with the expectations of the project and they have made a new recommendation to finally assign a dollar amount to it. What remains to be seen is the final square footage.

Staff is recommending a $67.1 million budget but will allow library brass and the developer to hash out the final square footage and level of finishes, said Helen Loftin, general manager of Business Development and Enterprise with the City of Guelph.

“The recommendation is that council approve $67.1 million toward the library construction and that the architect then sits down with the library team to figure out how we can maximize that to build a library that has the programming the library needs,” said Loftin by phone on Friday.

Last month, city staff recommended investigating cutting the budget for the building from about $46 million to $34 million. That would have cut the proposed new library from a planned 88,000 square feet approved by council to one that is no bigger than 47,000 square feet.

In a new report heading to council’s Sept. 16 meeting, staff is no longer recommending that proposed cut to the project’s budget.

“This budget amount was cited as it would not require an additional tax-supported investment to fund the capital cost,” said the staff report. “This would equate to a two-storey building, not dissimilar to the current main in scope and finishing, and is not aligned with the expectations for this project.”

The proposed cut was offered as a solution to rising costs for the project and potential funding issues related to Bill 108.

In the most recent report, city staff offered cost scenarios for a 93,000 square-foot facility, with options for good, better and best finishings.

Staff is now recommending an allocation of $67.1 million toward a new main library with a ‘best level’ finish, which will require the city to take on $43.6 million in debt.

Previously, an 88,000 square foot facility was approved by council. By comparison, the current main library on Norfolk Street is 23,000 square feet.

“As of today, that is what we know we can do,” said Loftin. “There may be funding that comes our way or fundraising the library is able to do to help its programming and amenities inside.”

Another option for a 93,000 square foot new library with best level finish was pegged at $80.8 million, but is not the recommended choice of city staff.

Loftin said the 93,000 or 88,000 square foot library is totally achievable, depending on the level of finishes that is hashed out between the library staff and architect.

“We are asking council to commit to the funding for it and let the architect work with the library to figure out how to get it,” said Loftin.

Kraft said he prefers the latest report and that it is refreshing to have a dollar amount nailed down for the project.

“I think we can get a pretty good library for that amount of money,” said Kraft.

The report says there will be a property tax levy increase of between 2.6 to 3 per cent to help pay for the building and associated operating costs.

Grants from other levels of government may help to bring down those tax impacts.

The cost estimate for construction of each spot is $75,000 due to the bedrock on site, said the report. The $21 million total cost of the underground parking is 40 per cent higher than original estimates.

The report calls for the 280 city-owned spots at one level below grade. Additional spots will be planned to accommodate the residential units planned for the site as part of the overall Baker Street redevelopment.

Loftin said city staff are are trying to find a balance between affordability and city building.

“Staff are keen to see this happen — the Baker Street project — it’s just trying to balance what is affordable with what the ultimate dream vision looks like,” she said.

Kraft said he is enthusiastic to move forward.