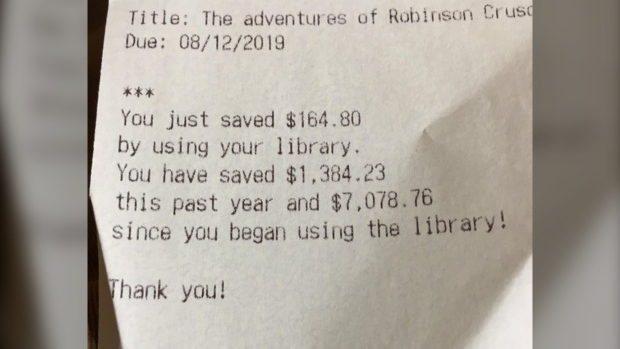 People were abuzz online after a U.S. teen posted a library receipt on Reddit showing he’s saved more than US$7,000 during his lifetime. (Keegan Adreon)

People were abuzz online after a U.S. teen posted a library receipt on Reddit showing he’s saved more than US$7,000 during his lifetime.

A Pennsylvania teen was surprised to see he’d saved US$7,078 by going to his local public library throughout his whole life, after noticing his branch issued a receipt outlining all his savings

Sixteen-year-old Keegan Adreon posted a picture of the receipt on Reddit, writing “just noticed that my library keeps track of how much you save by not buying books and borrowing instead.”

“There are six people in my family so a trip to the library every week really adds up,” Adreon wrote. He told CTVNews.ca in a message over Reddit that “my parents have taken me to (Peters Township Public Library) all 16 years of my life.”

Adreon, who’s a big fan of mystery books, had never checked his library receipts before and said he was “very surprised when I first saw it and immediately shared the fact with my family.”

The receipt also outlined how he’d saved US$164.80 during his most recent trip to the branch and US$1,384 so far this year.

He added: “I decided to post it because I realized there was a whole group of people who would appreciate this little fact as much as I did!”

Adreon, who fondly remembers growing up reading books from Mary Pope Osborne, and others from the Magic School Bus and Lemony Snicket’s A Series of Unfortunate Events series, said it boggles his mind to think about how much his family of six has saved over the years.

He said he doesn’t know exactly what he wants to be when he grows up but is working towards an engineering degree or a career in computer science.

CTVNews.ca reached out to the library branch to see just how long they’ve been listing people’s savings on their receipts but it hadn’t responded by publication time. 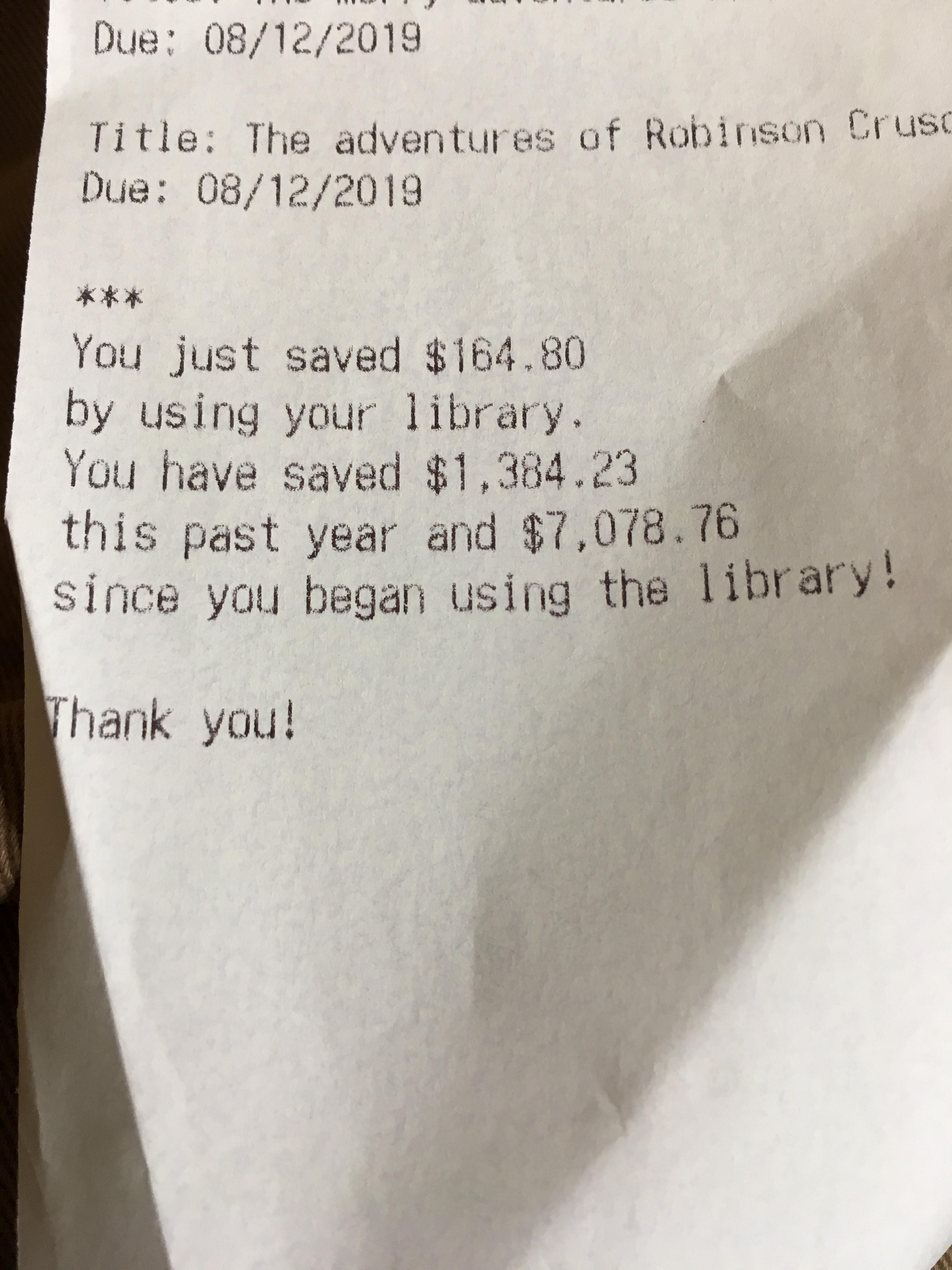